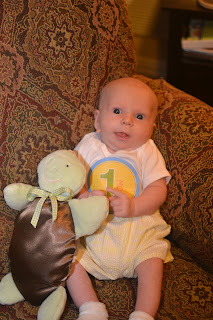 Jack turns 1 month old today! Yay, we made it an entire month. Jack is sleeping more over night and in the morning. Yesterday was the first time I had slept for longer than 2 hours at a time. It was quite refreshing. Now, if we can get these troublesome evenings under control....

Jack still loves his bouncer and the swing. He is looking around all the time. He loves to look at the owls on his swing. If they make him mad he shakes his fist at them. 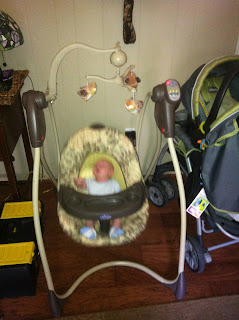 Walks are getting easier. We made it twice around the block yesterday without Jack screaming. It was a miracle. I've been playing white noise on the iPhone while we go for walks. I guess Jack isn't that into nature. 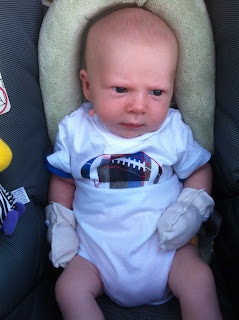 Micah is the swaddle master. Jack spends most of his evenings trying to break his hands free from the swaddle, but Micah has him in there good and tight! 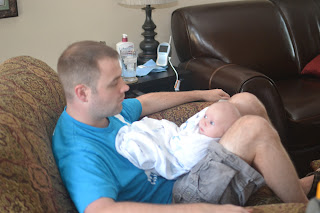 I spend quite a bit of time bouncing Jack in the bouncer. It vibrates but this isn't enough, he wants to be bounced vigorously. I have a blanket in the nursery so I can try and sleep while using one arm to bounce the bouncer. 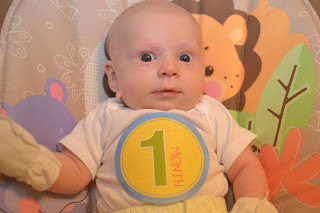 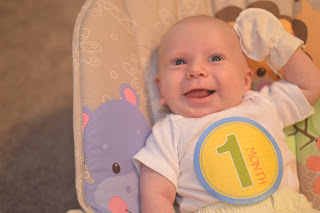 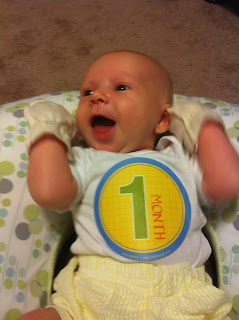